If you are a parent wanting to allow your kids to play and at the same time learn something, then you are at the right place. We are here with five amazing board games that are fun yet educative. These games are also a good alternative to the mobile phones and laptops that kids are wasting a lot of time on.

Snakes and Ladders is probably a staple board game at every Indian’s house. It is played and loved by everyone, irrespective of their age. This has been a game played in India over the past few generations. It was originally known as Moksha Patam, which later took over the name Snakes and Ladders. It can be played by a minimum of 2 people. However, there is no mention of the maximum number of players. It can be played by anyone over the age of 3. The board has snakes and ladders with numbers from 1 to 100 printed on them. Players should start from 1 and reach a hundred by escaping all the snakes and taking ladders in the process. Apparently, the first one to reach a hundred will be the winner. It is played with a single die. This game benefits kids by enhancing their mathematical calculation skills since it involves a lot of additions and subtractions. As a result, this age-old game is more than just a pastime; it is also an intelligence-boosting activity. It can be bought online as well as at any game store.

Ludo was invented in India and was originally called Pachisi before it was given an English name. It is a traditional board game, typically with a square-shaped board. Any kid above age 1 year can play this game. It can be played by a minimum of 2 players and a maximum of 4 players. Each player gets 4 pawns and the goal is to get all 4 pawns to their respective color’s house, i.e., if the pawn is green, he/she has to get his/her pawn to the greenhouse. From kids to adults, everyone loves playing this game. Just like snakes and ladders, ludo is also a staple board game in India. Ludo improves problem-solving and decision-making skills. Ludo is available as an online game, connecting people from all over the world. However, to reduce your child’s screen time, it would be more advisable to get them a board game rather than download it for them online. Ludo was one of the most played games in the world in the pandemic year, i.e., 2020.

Initially known as “Stern-Halma,” it was invented in Germany in the year 1892. It eventually took over the name “Chinese Checkers”. It can be played by kids over the age of 7. It can be played by a minimum of 2 players and a maximum of 6 players. The game’s main goal is to move all the 10 marbles from one triangle to its opposite triangle. It is very easy to set up and can be played by even 12 people (6 pairs), making it a good family game. It is said to enhance brain functioning, thus making it a productive game and not just any other haywire pass time game.

This colourful board game is a cooperative activity. Players should cooperate to win (or even to lose). It is a colour-coordinated game where the players have to get all the owls to the nest before the sun comes up. It is recommended for kids of age 3-8 years. Kids will learn simple skills like following directions and taking turns. It is also great to learn colours and counting. It is a non-stressful and non-competitive game which is good for a kid as young as even 3. The game comes with a colourful board, cards, and owls which kids will love for sure. So here’s a stress-free and cooperative game that’s a lot of fun and also teaches your kids how basic coordination skills.

Spot it involves focus and concentration. It comes with 56 cards that come with colourful characters on them. The characters are simple and easy to identify like a heart, cheese, squirrel, etc. Even though the user manual mentions it as a game for kids over seven, even smaller kids than seven can very well play and enjoy this game as much as the others with or without any parental help. The best part about this game is that it is travel-friendly, as it comes in a small package. It is equally enjoyed by a 60-year-old as much as by a 5-year-old kid. It improves focus and cognitive thinking making it a productive game for kids.

These are our recommendations of the best games you can play with your kids in your free time!

PREVIOUSWhen can I give my baby quinoa? 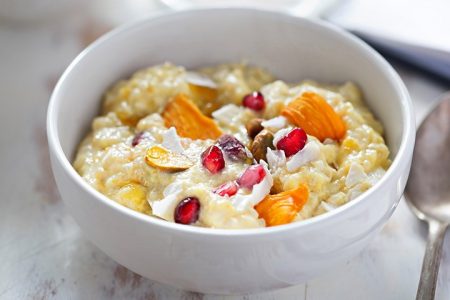 When can I give my baby quinoa?
Close
Navigation
Close

Great to have you back!

Great to see you here!

Sorry. No results match your search.

We are also listed on Amazon.in